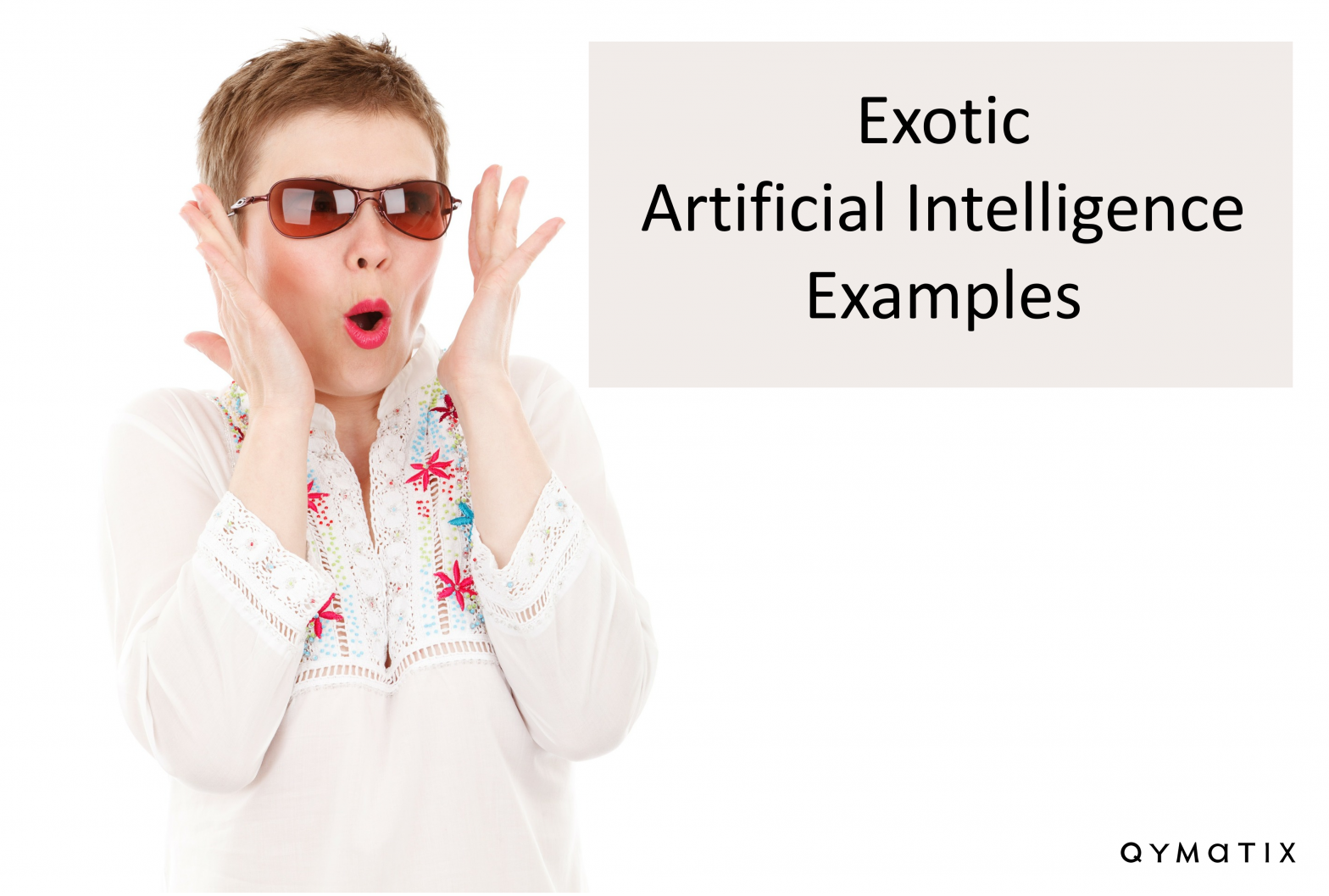 What can artificial intelligence already do today, or what projects are being worked on and researched? With seven exotic AI applications from around the world, we give you a brief insight.

As a provider of AI-supported software for B2B sales, our AI application is logically interesting for a small niche area and not for the masses. However, we are concerned in the technology and research related to artificial intelligence. What is already available on the market today?

For example, I’m always fascinated when I come across an exotic AI application. By “exotic”, I mean AI applications that are particularly impressive, are being used in exciting areas, and are not as well-known as autonomous driving, for example.

Countless companies and research institutions are working on artificial intelligence. It’s nearly impossible to do justice to them all.

Elon Musk says DeepMind is his “biggest concern” when it comes to AI:

“Just the nature of the AI that they’re building crushes all humans at all games,” said Elon Musk in an interview with the New York Times. “I mean, it’s basically the plotline in ‘War Games.'”

As a side note, Elon Musk was already investing in DeepMind before the Google acquisition, and he did so “to keep an eye on the progress of AI.”

DeepMind is probably the best-known company among these seven AI applications. The main culprit is DeepMind’s “AlphaGo” project, a computer program that exclusively plays the strategy game “Go” and already won against a Korean professional player after five rounds in 2015.

However, this is about the algorithm “MuZero”, which was released in 2019/2020. The goal of the algorithm is to master various games WITHOUT knowing their rules. That is, the AI learns by purely observing the environment. No more pre-sets, training data or regulations are needed. MuZero sets up its model itself and refines its decision-making processes.

That is indeed an impressive feat.

Speaking of Elon Musk. In August 2021, the Tesla CEO will present a new AI project: a humanoid robot called “Tesla Bot” at the Tesla AI Day. The prototype “Optimus” should be ready next year. The goal is for the robot to take on dangerous, repetitive, or tedious tasks in the future. The bot will have a human-like appearance and a profound impact on the economy.

Don’t you think there are some parallels here with the movie “I, Robot” starring Will Smith? And wasn’t it Elon Musk who drew parallels from DeepMind to War Games in a very concerned way? In the words of Alanis Morissette, isn’t it I, ronic?

The “Facial Recognition Software SHORE®” is a software developed by the Fraunhofer Institute IIS. It is built into a pair of data glasses designed to make everyday life easier for autistic people. Autistic people have to learn what expressions on their faces mean laboriously. These glasses are supposed to help out.

It can look like this: when the face is smiling, the glasses show their wearer a red loaded bar next to the word “Happy”.

The current status of the software is that it is correct, at least for the six so-called “basic emotions” (anger, sadness, fear, joy, surprise and disgust) in 90% of cases.

4. Menten AI has developed the first protein designed with a quantum computer.

Menten AI is a San Francisco-based startup founded in August 2018. The startup’s technology combines AI with quantum computing to design peptides as drugs.

Such peptides are capable of binding to specific proteins with pinpoint accuracy. This targeting is a significant issue with current medical treatments, for example, in chemotherapy.

In conventional drug discovery approaches, hundreds of thousands – sometimes millions – of molecules are synthesized or expressed before being tested on a target. Only about 0.01 per cent of them do anything at all.

Menten AI’s approach is an alternative to the traditional process.

BUT: One advantage still needs to be proven. Co-Founder and CEO Hans Melo freely admits that

That’s because robot crashes and falls are an integral part of the development process. So the team is constantly learning more about its capabilities and how to improve them.

In the 2 minute video, you can see Atlas in action:

Someone turns on the radio at home. What do you think the person will do next? Jump and dance? Start cleaning or cooking?

And does your answer change if that person’s favourite song is playing right now? Or that person is a talented dancer?

Researchers at “Columbia Engineering” are developing an algorithm to predict human interactions based on a video.

“Our algorithm is a step toward machines being able to make better predictions about human behaviour, and thus better coordinate their actions with ours,” said Carl Vondrick, professor of computer science at Columbia and principal investigator of the study. “Our findings open up a range of possibilities for human-robot collaboration, autonomous vehicles and assistive technologies.”

7. “Reachy” as remote-controlled robots to work in dangerous places.

However, the robot still has a lot of training ahead of it for a specialist application. But the first steps have already been taken, as the following video shows:

We hope one or two AI applications were new to you and you enjoyed reading.

Despite the spectacular AI applications, we are still far from scary science fiction scenarios. That’s because, if you look closely, the applications are not yet trained and mature enough. That’s true of all seven of the above. And even if the applications are perfect, you still won’t come close to defining “strong AI”.

Our tip is: when you read, hear, or see about new and spectacular AI applications, don’t panic. Look closely at the actual state of development. Nevertheless, we pay great respect to the researchers and developers of such technologies!

Feel free to write to us if you know of other examples that you find particularly exciting.

Customer Retention vs Customer Acqusition in B2B -...
E-commerce trends: why German wholesalers are the ...
We use cookies on our website to give you the most relevant experience by remembering your preferences and repeat visits. By clicking “Accept All”, you consent to the use of ALL the cookies. However, you may visit "Cookie Settings" to provide a controlled consent.
Cookie SettingsAccept All
Manage consent