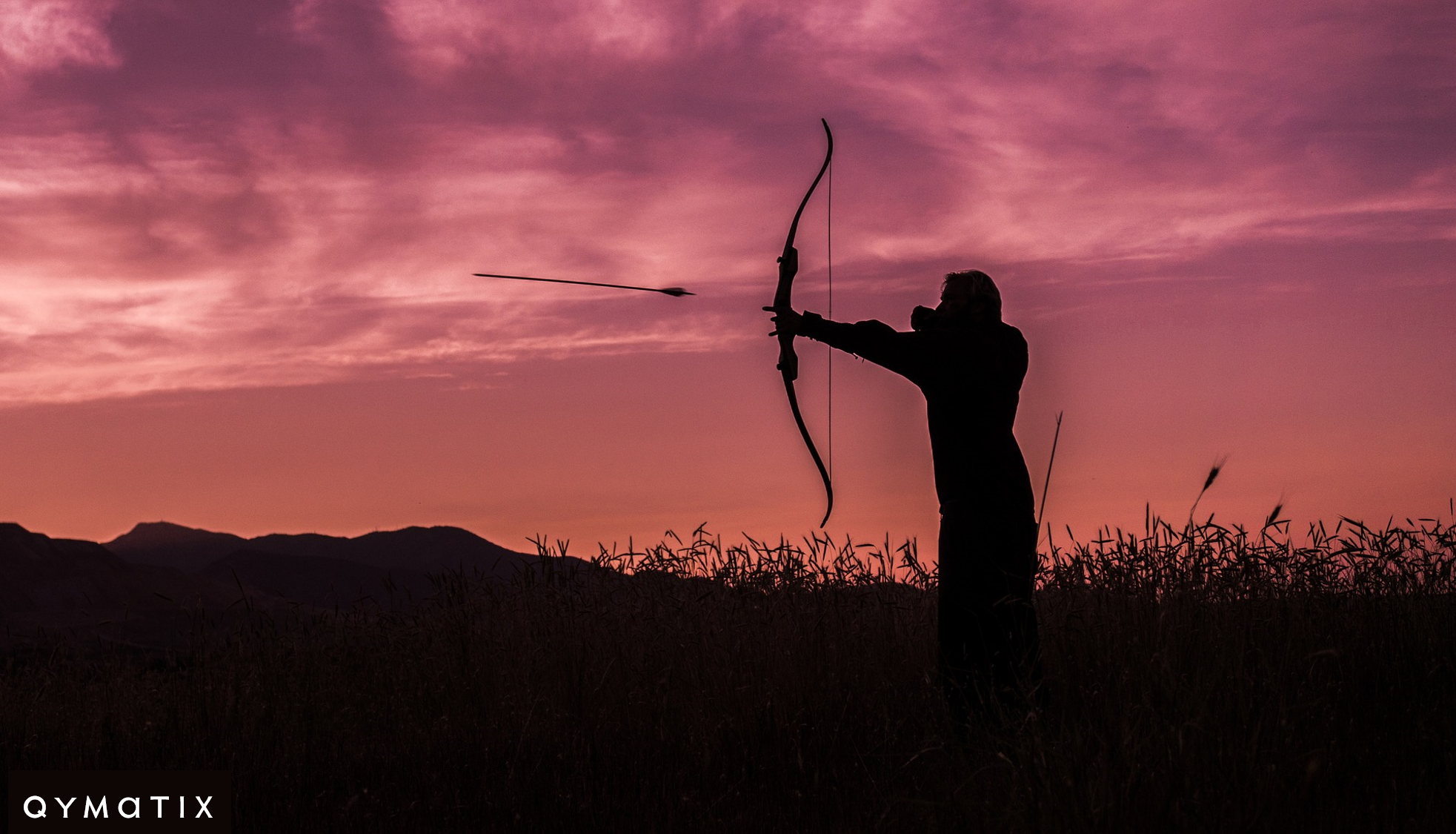 To replace the legendary Jack Welch as CEO, the General Electric (GE) Board had selected Jeffrey Immelt in November 2000. As he took the reins, Immelt set an ambitious sales target: “We believe that GE can grow two to three times faster than world gross domestic product, which translates to about 8 per cent sustained sales growth.”

To give you some perspective, the industrial segment of GE had grown 4 per cent historically.

Likewise, on December 4, 2003, Rockwell Automation announced that its board of directors had elected Keith Nosbusch as president and chief executive officer.

And so, Rockwell did set a bold sales target. For example, John McDermott, senior vice president of Global Manufacturing Solutions (GMS), defined growth plans for his division: a sales target of 16 to 18 per cent per year. With revenues of approximately $700 million, GMS represented about 20 per cent of Rockwell Automation Control Systems.

Did Rockwell reach 18 per cent sales growth per year? Did General Electric met the 8 per cent Immelt promised? Let’s discuss together what sales growth targets are and how to set realistic ones.

What are sales growth targets, and how are they set?

Why do most chief executives and managers feel the need to announce bold sales growth targets? How do they arrive at these figures? What are the most common reasons for failure to achieve these sales targets?

What does not grow, stagnate. Bold sales targets and KPI reflect the need to grow, outcompete and remain in business. Even announcing bold growth targets can be a competitive strategy. Companies scare off possible market entrants.

When the Financial Times asked, some time ago, chief executives and chief financial officers of Fortune Global 500 companies “how do you set and achieve your sales targets?”, their answers were surprisingly similar: none had relied on a formal process.

You surely have heard of top-down and bottom-up target-setting methodology. Sales executives usually listen to analysts, look at the targets that the competition has announced, and rely on their expertise and gut feeling to set sales team targets. Not a bullet-proof sales target setting methodology.

Studies present these steps as two interrelated sales target setting methodologies: Uniform-Growth Quota and Relative-Growth Quota. Sales managers perform the former by taking the annual established business growth rate (that they also get from the top) and rolling it down to lower levels.

On the other hand, when executives set a budgeted sales target down to lower hierarchy levels, relative to prior year contribution to total sales volume, we talk about a Relative-Growth Quota setting methodology.

In addition to this classic approach to a top-down or bottom-up target-setting methodology, scholars often discuss the influence of wishful thinking and the correlations to the general economy for setting sales targets.

What is wishful-thinking target setting? Executives refer to wishful thinking is sales management as the situation in which our wish to grow by, say, 20 per cent, becomes our goal. Unfortunately, our dreams not always reflect reality, and too often, we let them become facts in our minds.

Correlating our sales growth to the growth of an economy might make more sense; it is still a weak methodological approach. Some sales managers assume that if, for instance, the American GDP grows by 3 per cent, their revenues should also increase by 3 per cent. Keeping up with the Johnsons.

Although the later is better than the former, it is still wrong on many levels.

Decades ago, but still valid, a study found that demand on wholesale trade in the USA had a 0.84 correlation coefficient with the national GDP, while electric distribution equipment had a 0.68 (1.00 means perfect correlation).

In several recent implementation projects of our predictive analytics software, we found similar correlations coefficients for industrial manufacturers and distributors in Germany.

In other words, the last paragraphs argue that if the general economy goes up, business in industrial manufacturing and distribution will also go up, but maybe not as much and not as fast. This assumption holds in general with some limitations.

How do you set realistic sales targets?

Managers use sales targets to direct, motivate, and predict sales. If you want to set realistic sales targets, keep in mind these three roles.

Direct your sales team by discussing and engaging with them about sales growth targets. You might still have to accept a top-down sales target setting methodology. You can, however, still apply and negotiate a relative-growth Quota setting methodology with your team.

Per definition, all predictions rest in the future. What we know, however, is how to accurate they are in retrospect.

Successful sales manager set realistic sales targets by choosing a method that reflects best the nature of their business, test their assumptions, and employ a trustworthy and reliable ground data.

Besides, although the sales target setting methodology you choose to use might not be bottom-up, not involving your sales team in the target-setting discussion is a common reason for failure to achieve sales target.

Studies have repeatedly shown that when targets are close to eventual sales results, salespeople are more driven because the target-setting process appears fair. A sense of fairness and accurate sales targets creates manageable and foreseeable consequences, which in turn also pleases the senior management.

What is a realistic sales growth percentage?

Leave aside mergers, acquisitions and joint venture, which amount for inorganic growth.

Let´s return to the practical examples mentioned at the beginning:
Is growing “two to three times faster than world gross domestic product” for a company like GE a realistic sales growth percentage?

Highly unlikely for pure organic sales growth. It might still have been the desired target to fend off competitors.

Both GE aviation and financial services business took a direct hit. Analysts also criticised Immelt for his $175 billion of poor acquisitions and a $100 billion shares buy-back scheme above stock prices, while still paying shareholders’ dividends. During his term, the value of GE went down by $540 billion, an amount higher than the GDP of Sweden.

In case you are still wondering, in 2008 the GE Consumer & Industrial divisions were selling organically about a 6 per cent yearly compounded more, as they did in 2001 – not a bad figure for a stablished company of its size. The global GDP grew in contrast, 10 per cent annualised in the same period. Big miss there.

If growing two to three times the global GPD is not a realistic sales growth percentage, what is it then? Should you settle for a flat, low, unambitious sales growth? Probably not.

Setting a low sales team target can have a powerful impact on a company’s competitive strength and share price, so can failing to achieve an overambitious sales target. Go big or go home.

What is the moral of the story? A realistic percentage for sales growth does not exist.

Sales targets are future-oriented. All forecasts are in the future, which nobody knows. We can only see retrospectively how precise the targets were.

Back to Rockwell. Encouraged by his new CEO, Nosbusch, McDermott, Senior VP and head of Global Manufacturing Solutions of Rockwell Automation, set sales team targets of 16 to 18 per cent per year in 2003.

The division went to achieve $880 million in 2005, up from approximately $700 million in 2003 – an impressive compounded revenues growth of 12 per cent year-on-year but still short of his sales target. This failure to achieve his sales target did not hinder McDermott career. In October 2005 he got promoted to Senior Vice President, Global Sales and Solutions, before taking over Global Sales and Marketing to manage $7B revenue and 4500 employees globally.

By offering your realistic assessment of your selling potential, churn risk and pricing opportunities, predictive analytics can establish the growth expectations of your team and your management. Discuss in advance with your Sales Team the possible reason for failure to achieve your sales targets.

In a few words, to set realistic sales targets, successful sales executives pick up reliable baseline data, select a sales target-setting methodology and discuss it with their salespeople. They also measure in retrospect how good their predictions were and never let their wishes and assumptions become facts in their mind.

How relevant is the topic of setting realistic sales targets for you? Comment below! 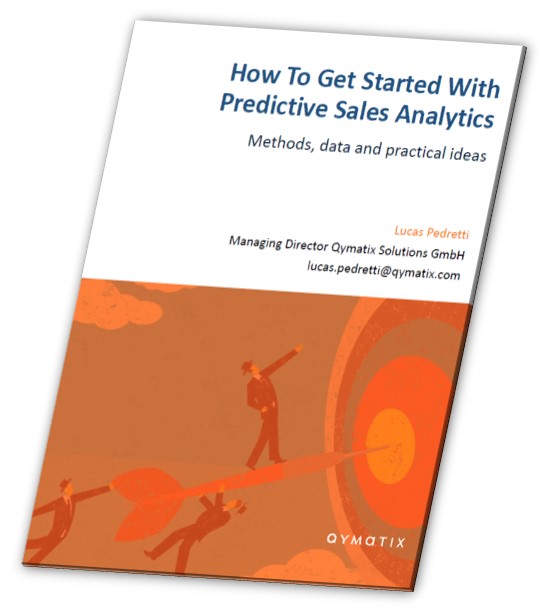