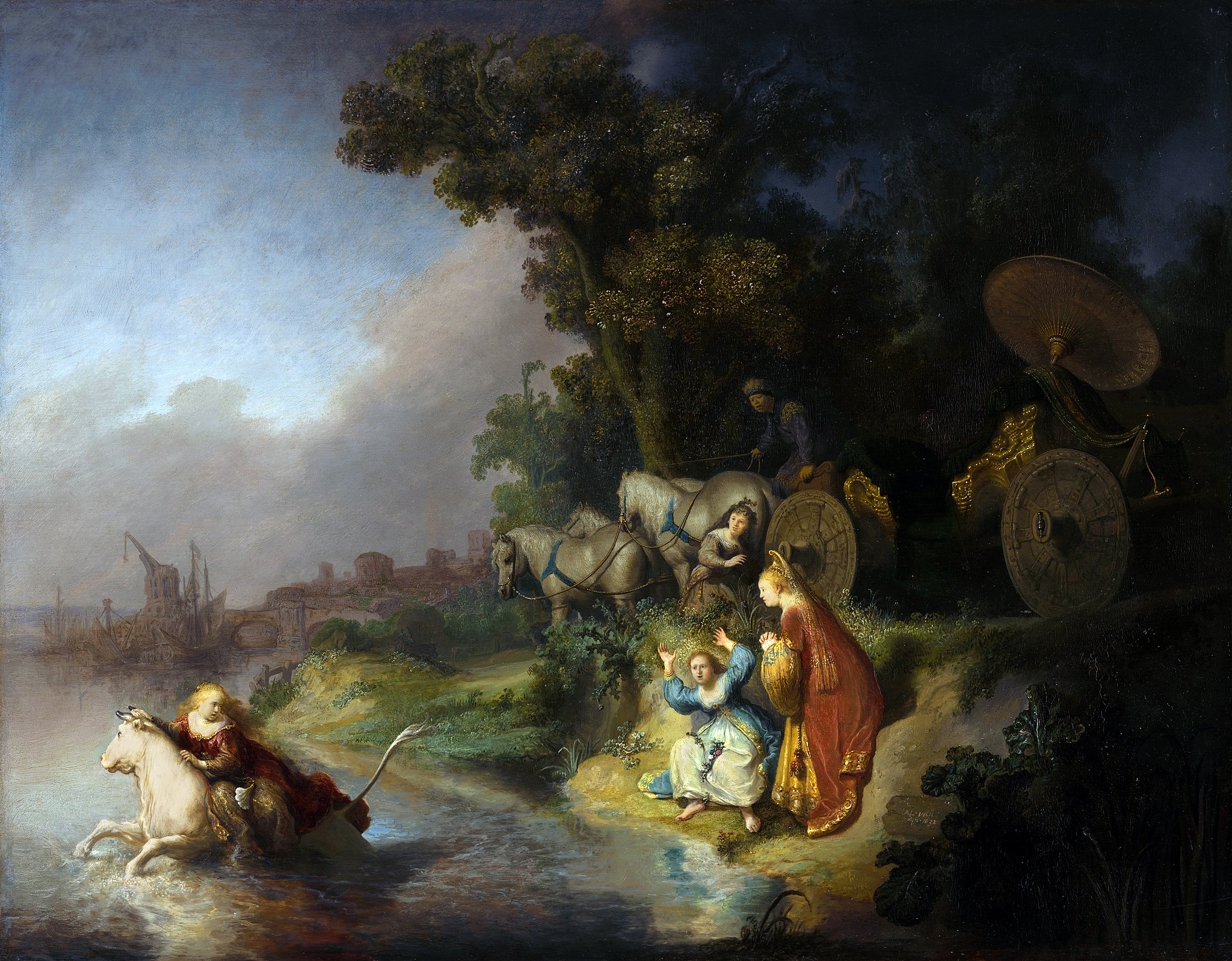 Interesting facts and statistics about B2B wholesale and manufacturing in Europe

Facts and statistics about B2B wholesale, distribution and manufacturing in Europe & Germany

Distribution in Europe is a significant job provider – 10 million employees. It works at the centre of the continent’s economy, covering almost all goods and services.

Most of the general public probably ignores the role of distribution on the European landscape, although it plays an essential role as the interface between importers, manufacturers, retailers and service providers.

Manufacturing is three times as prominent and usually well-known. This economic sector counts for a wide range of companies, from small-scale enterprises to powerful corporations. The manufacturing industry is probably the most varied activity within the European non-financial business economy.

These two sectors, manufacturing and distribution, are vitally interconnected. One supplies the other, what the other in turn will provide back to the market.

Let’s review together some interesting facts about manufacturing and distribution in Europe.

Employment in B2B Distribution compared with manufacturing: 1 to 3.

Manufacturing in Europe employed 30.4 million people in 2016 (last year available at the time of writing – although Germany and the Netherlands have now provided data for 2017). 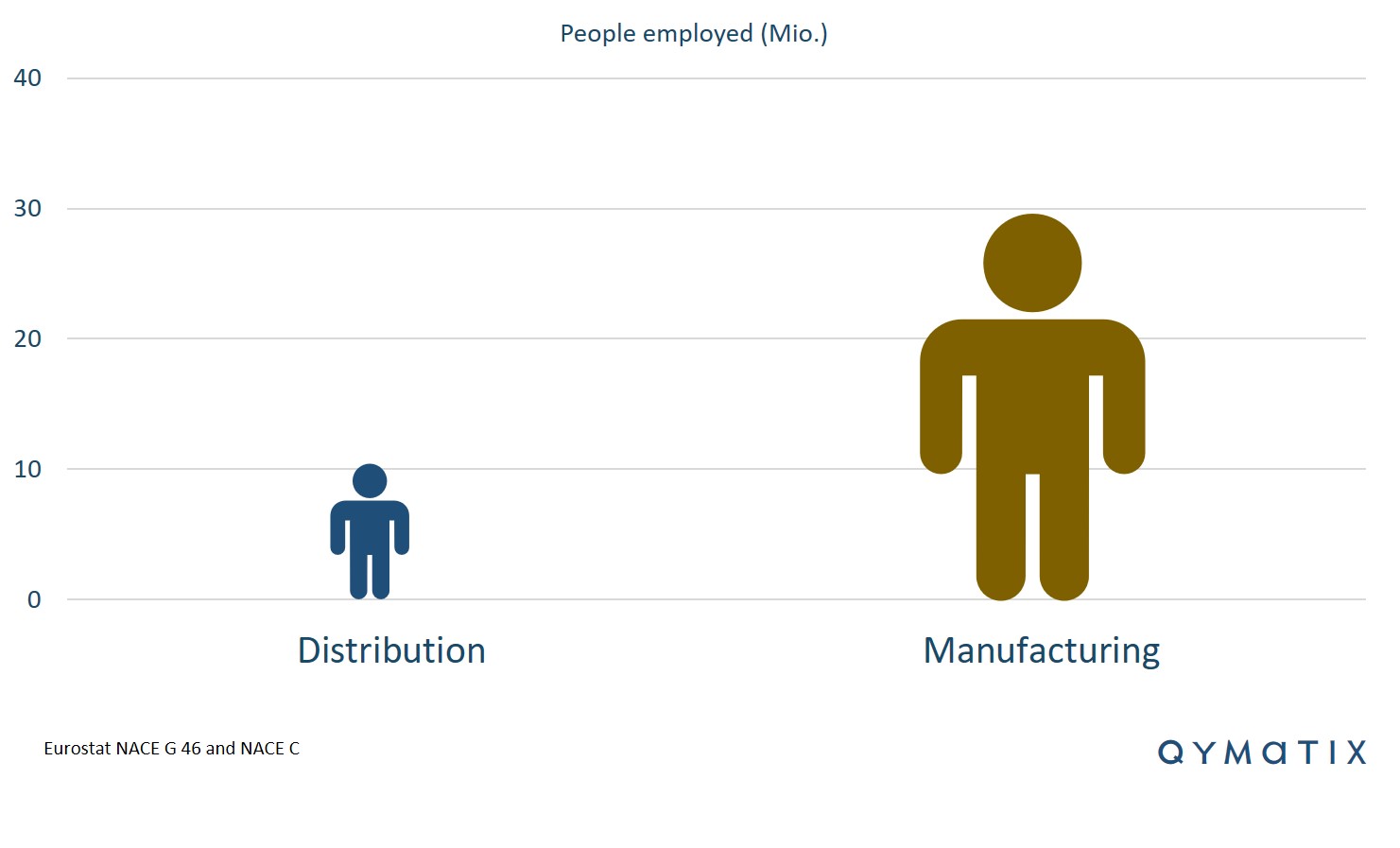 On the other hand, wholesale in the EU-28 employ about the same number of people as transport or hotels and restaurants, around 10 million people. Considering also retail (Tesco, Carrefour, Lidl, Kaufland, Metro and Aldi, among others), there are a further 20 million people hired in Europe. Wholesale and retail together also employ the same number of people as manufacturing.

Lastly, employment in the distribution sector has remained broadly stable over the last five years. Distribution activities are evenly spread across Europe, accounting for 7 to 9 % of total employment in most countries. Greece and Denmark are leaders in wholesale trade.

Manufacturing is as innovative as Distribution.

Wholesale has a similar share of innovative firms as manufacturing. However, research in the area of innovation found that companies in distribution are less frequently engaged in research and development (R&D). Furthermore, they also more often employ external technologies.

A relevant part of innovation in distribution comes from new information technologies. Studies in the area consistently find that companies in distribution invest heavily in e-commerce and analytics. Are they maybe following Amazon’s receipt for success to survive?

To compare, manufacturing companies spend, on average, more per employee on tangible investments. In turn, businesses in the wholesale sector invest more than retail trade.

Most wholesale firms provide a range of services other than just trade. An example of this is after-sales services, as in the case of construction machinery and distribution of electronics components. Companies in distribution invest heavily to ensure these services, including e-commerce, keep being relevant to their customers.

The facts show that wholesale innovation was relatively stable over the last years, regardless past predictions of the downfall of wholesales activity due to the rise of manufacturing’s direct e-commerce. This process is known as disintermediation.

Turnover per employee and personnel costs – Manufacturing versus Distribution

Both distribution and manufacturing are significant players in the European economy. Both are strongly interlinked and depend on their activity levels to compete and succeed. Let’s compare turnover and costs per employee of both sectors. 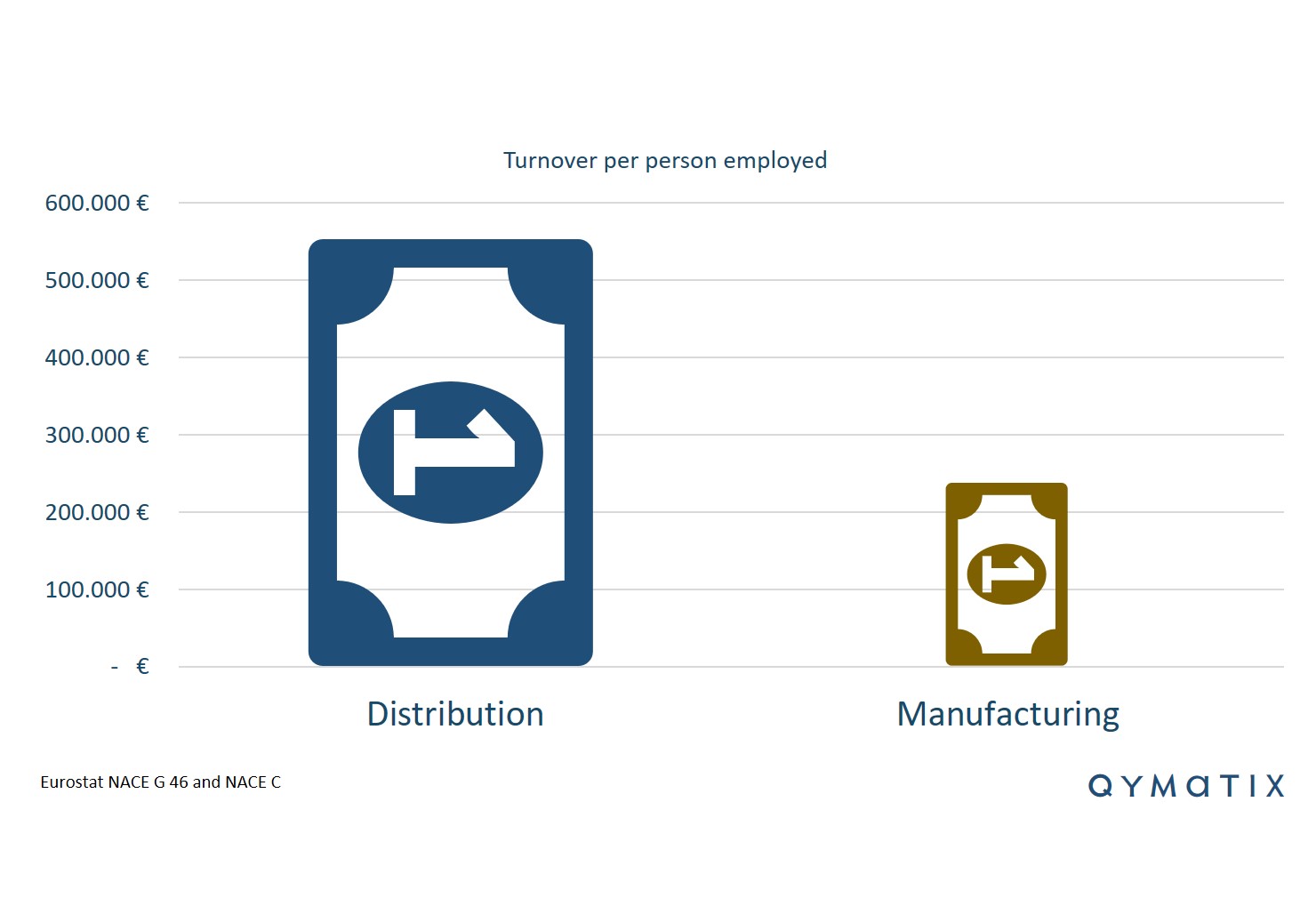 The Distribution sector across Europe invoices more than double the amount per employee as the manufacturing one, € 546 thousand compared with € 243. In Germany, there is a similar picture: € 650 and € 296 Thousand per employee invoiced in distribution and manufacturing, respectively. 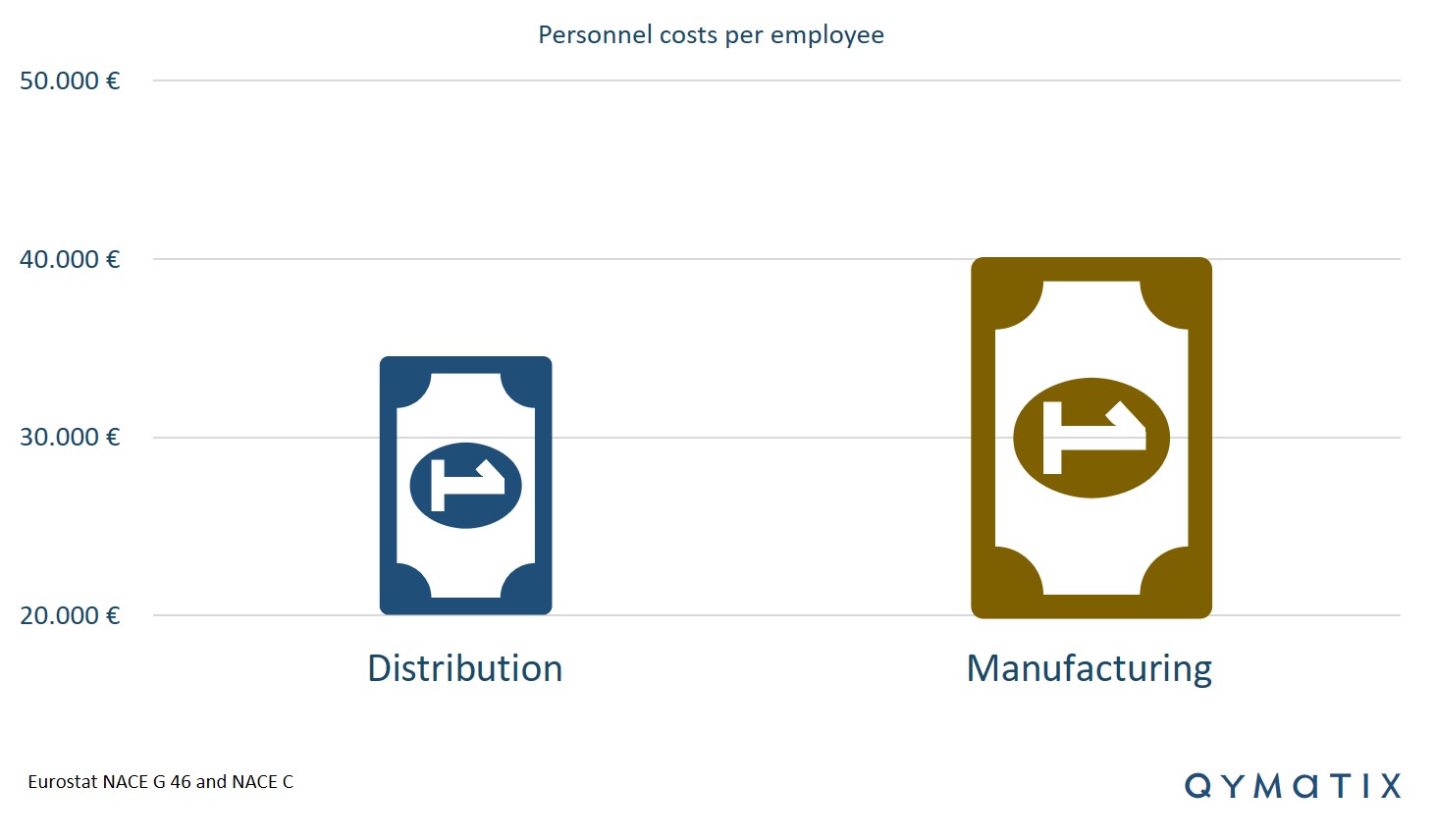 There are several comments we can make about these figures. First, how come employees in distribution invoice more than double the amount per head as in manufacturing, yet they cost 14 % less? Maybe due to the nature of each business category, as distribution usually earns x10 less than manufacturing.

Second, although just a poor proxy for productivity, we can divide the turnover per employee by the costs to infer it. In the case of distribution in the EU, for example, it’s 15.8 times. That is, for each Euro that a company in distribution pays an average employee, it brings 15.8 times the amount in turnover. For manufacturing is a “mere” six times.

The same multiples are 13.8 and 5.14 for distribution and manufacturing in Germany, respectively.

Finally, if we use these multipliers to guess productivity across the sectors roughly, we can say that both German wholesalers and manufacturers are 12.5 % and 14.7 % less productive than their European counterparts.

We used data from the Eurostat NACE G 46 and NACE C for this calculation.

Wholesale, retail and manufacturing taken together employ almost 60 million people in Europe, a number as significant as the population of the UK. With 10, 20 and 30 million workers respectively, all three are leading job engines in the continent.

Although distribution is under pressure from direct e-commerce, its level of innovation and investment has stayed relatively stable over the past years. Predictive analytics for wholesale and distribution is a critical factor in their new IT landscape.

How does German wholesalers and manufacturers compare with the rest of the EU? Using the relationship between revenues and average personal costs, we can say they are 12.5 % and 14.7 % less productive.

Do you have any further questions on Predictive Sales Analytics? We are happy to help!

Facts and Figures in EuroCommerce

Interesting facts and statistics about B2B wholesale and manufacturing in Europe was last modified: 2020-11-09 by Lucas Pedretti

Distribution Interesting Sales Facts Wholesale distribution
The Most Important KPIs in Distribution and the In...
Qymatix Steps Up the Sales AI Game with a new rele...